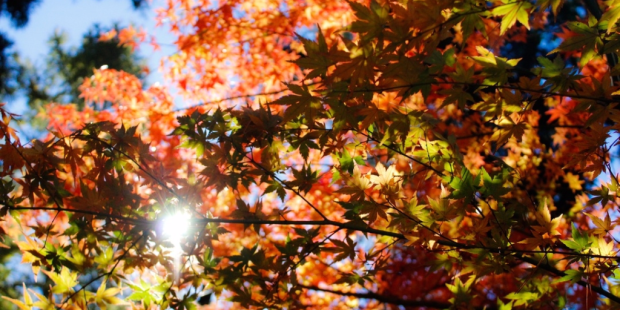 Let’s talk about change. It’s officially fall, Mercury is no longer retrograde, and it was a strange month. September isn’t over yet, granted, but it feels as though something has come to an end and I sit patiently waiting for my next beginning.

Almost as soon as I Googled “what does it mean when mercury is retrograde“, things started to turn sour. Most likely, this had nothing to do with Mercury. Or it did, I don’t know; all I do know is that it was nice to blame a planet when there was traffic. The day after I read an article on astrology and posted a sarcastic tweet, my train sat outside NYC for a half hour. The next day, trains had a 40 minute delay headed home. There have been countless other delays, disabled trains, and mishaps.

It’s probably not Mercury, just Earth being a general mess, but a psychological cloud has lifted.

On top of that, it’s officially fall. Aside from my love for pumpkin, I’m glad this summer is over. It was a worse adjustment period than last summer, when I’d graduated college. After spending spring in Central America I needed to look for a job, which became looking for an internship, which became accepting whatever was offered my way. And a trivial thing: I needed to go shopping. I’d spent a lot of time preparing for Central America, which included getting a dorky haircut and dorky, breathable outfits. My hair was a mess, I hated all my clothes, I was stressed about how much money I’d spent, and I was trying to delve into the job market. Plus, I was still self conscious about how much weight I’d gained in the past two years. In short, I started the summer hating almost every aspect of myself.

Some of my friends from my hometown, where I’m living, graduated and were in similar circumstances. Last year, when I’d graduated early, it was different. My friends weren’t yet concerned with finding jobs and, come late August, they’d gone back to school. I don’t want to say I was alone, because that’s not true, but it sometimes felt that way. I think, for that reason, I was open to rekindling the relationship I’d ended the year prior. This started in the summer and continued into the fall, during which time probably everyone in my family and group of friends questioned my sanity. In retrospect, however, I think it’s what I needed to get through the uncertain, lonely times. The relationship had ended poorly and spending time with my ex was an opportunity to try over and, ultimately, accept the faults that led to the breakup. This wasn’t my intention, of course; he was simply someone I was good friends with and decided to see again. Once again, though, we ended on bad terms.

Yesterday, along with two vodka clubs, I sat with him and chatted for the first time in months. It was not my idea and the prospect filled me with dread. I felt things were over and done with, but the amount of anxiety I had over my ill fated, post-breakup tryst with him suggested otherwise. I wasn’t pining for him, but rather obsessively avoided any and all mention of him. Since he broached the subject of meeting, it was something I decided I should get over with. Ripping off a bandage. That sort of thing.

In the theme of new beginnings and the change of season and all that, meeting with him turned out to be a great idea. Things weren’t as awkward as I expected, and he wasn’t looking to tear me apart (but I can’t say that wasn’t my intention, I admit). It sounds terrible, but I’m glad we met because it solidified in my mind all the reasons I don’t want to be with him. Before yesterday, he was a ghost I was avoiding. And now, the first day of fall and the last day of Mercury’s retrograde, I feel relieved.

At least, about that one thing. I still have a weird haircut and no money.

One thought on “a PSL for your thoughts?”