Rather than say I’m copying Bridget’s post from yesterday about books (I totally am), I’m going to say I’ve been inspired to write one of my own. Imitation is the sincerest form of flattery, right?

I haven’t been to a bookstore in a while, because I have a stack of books about a mile high that I own but haven’t read. Half came from a good sale on Thrift Books, and half I “borrowed” from my ex before we broke up. Of course, I haven’t started any of these books and instead am eagerly awaiting The Girl with the Lower Back Tattoo, requested from my local library. But that hasn’t stopped me from reading yet more in the meantime. 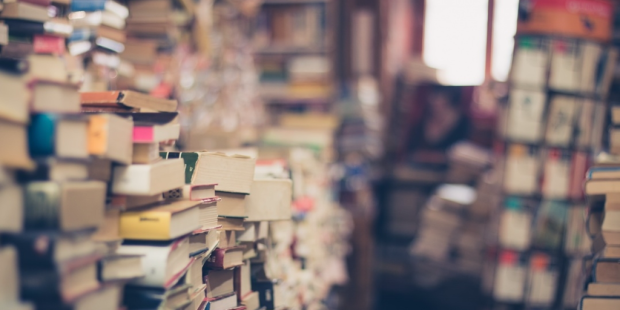 Fire in the Belly: The Life and Times of David Wojnarowicz

Olivia Laing mentioned this book several times in The Lonely City, and out of the artists she discussed, Wojnarowicz particularly interested me. I took one art class in college, Contemporary Art, which I technically wasn’t supposed to because it had prerequisites I didn’t fill. Call me a rebel. In any case, my curiosity about contemporary art has been fed by this hefty (600 page) biography on the artist/activist of the 70s and 80s. His life was bookended by misfortune; a childhood of abuse and a death caused by AIDS. It is somehow beautiful to read about the troubled, emotional life of a man that walked the streets of New York before I was born. I’m inching my way through it, train ride by train ride, but so far I’m halfway; it’s about 1985, when Wojnarowicz is an established, yet angry, artist.

I bought this back in December, which seems a world away to me. I visited New Orleans, a city rich in history, food, jazz, and, my favorite, voodoo. Along with visiting as many sites as possible on the aforementioned topics, I also had the pleasure of dipping in to a few of NOLA’s bookstores (of which there are many). Because I’m a sucker, I bought this book, William Faulkner’s first, at Faulkner House Books. He wrote it there! How could I not? Anyway, I’m only on chapter two, so I can’t say much, but it’s about soldiers returning home from the first World War. I’ve read some of Faulkner’s later work and am looking forward to more of his distinct language and flare for characters.

I haven’t started this yet, but it’s due next Tuesday so in my mind I’m already reading it. I found it, I think, on Shelf Awareness.

Augustine, a brilliant, aging astronomer, is consumed by the stars. For years he has lived in remote outposts, studying the sky for evidence of how the universe began. At his latest posting, in a research center in the Arctic, news of a catastrophic event arrives. The scientists are forced to evacuate, but Augustine stubbornly refuses to abandon his work. Shortly after the others have gone, Augustine discovers a mysterious child, Iris, and realizes the airwaves have gone silent. They are alone.

At the same time, Mission Specialist Sullivan is aboard the Aether on its return flight from Jupiter. The astronauts are the first human beings to delve this deep into space, and Sully has made peace with the sacrifices required of her: a daughter left behind, a marriage ended. So far the journey has been a success, but when Mission Control falls inexplicably silent, Sully and her crew mates are forced to wonder if they will ever get home.

As Augustine and Sully each face an uncertain future against forbidding yet beautiful landscapes, their stories gradually intertwine in a profound and unexpected conclusion. In crystalline prose, Good Morning, Midnight poses the most important questions: What endures at the end of the world? How do we make sense of our lives?

Future additions to my reading list include: what Bridget is reading.