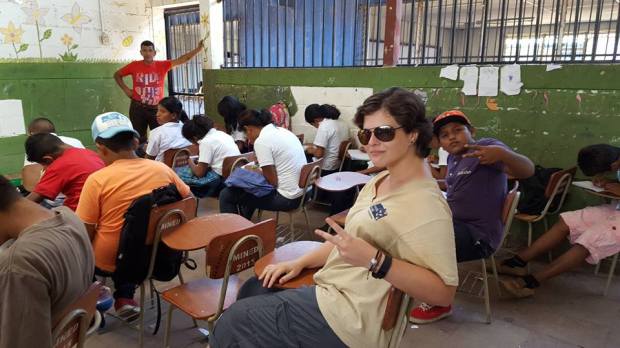 I knew I wanted to study abroad before I’d even started college, so when I was accepted to a month long program in Barcelona I ran around my then volunteer job in an excitement that neither is nor was, typical. I will admit that I am one of those lame millennials that claims they are a world traveler and is perpetually struck by a case of wanderlust. I will argue, however, that unlike what the judgmental set thinks, I am traveling for myself and not for the Instagram posts.

After my first month-long study abroad program in Barcelona, I had another month long excursion to Belize the winter before I graduated. The trouble I had, aside from regret that I didn’t bite the financial bullet and go for a longer program, was mostly that I liked traveling more than I liked working. My classes in Barcelona left me aching to go explore Spain, and my internship in Belize provided zero time to see the town I lived in, let alone anywhere else.

After graduating this past August, I’d decided to reserve a spot with a volunteer organization based in Granada, Nicaragua, as an English teacher. I go more in-depth into my experiences on the travel blog I’d created for it, so I’ll try to be succinct here.

When people say that they had to travel to find themselves, I roll my eyes. Traveling to Nicaragua (and later Costa Rica and Panama) for three and a half months has created a state of malaise in which I feel I know even less about what I want to do with my life than I had before. I’m desperately poor, from student loans, personal debt, and a lack of a steady paycheck, and I’m stuck in a perpetual cycle of applying for jobs and getting rejected.

I like traveling, but I also like to have a schedule. I want a job that will, preferably, allow me to incorporate my desire to travel and learn about other cultures. Easier said than done. I have a respectable resume, a college degree, and I can’t find anything better than an unpaid internship.

I’m starting to think I should’ve stayed in Nicaragua.